Yet again with fellow artists Jane Keeley and John Stanley-Clamp the house was open for three summer weekends in June/July.  We welcomed almost 600 visitors to see a range of work – paintings, drawings, photographs, sculptures and video.

As well as life work, I showed work on the theme of ‘Last Hours of Ancient Sunlight’. This thread of thinking has developed as the year has progressed. The germ of the idea came from a discussion with my life model, Emily, who spoke about a book of that title. I have not read the book because the title is enough.The first work only exists now in five photographs – a montage of images on block mounts. The image was formed from charcoal and graphite dust and soft pastel. The finger marks extended what began as shavings of charcoal and these formed the image. I worked into it over four days. When I attempted to fix the image it disintegrated.This initial response led to seven more paintings.There is a sketchbook begun before the conversation that contains marks and movements that informed the paintings.

I don’t think this thread of work is anywhere near complete …. Looking back I think it has been around a long time in my sub-conscious. It’s great that it’s started to surface. 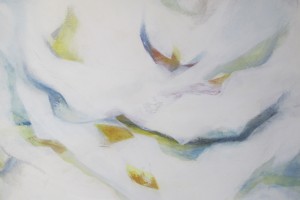 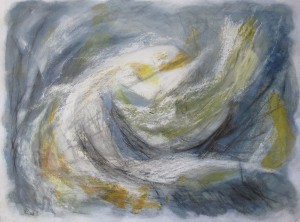 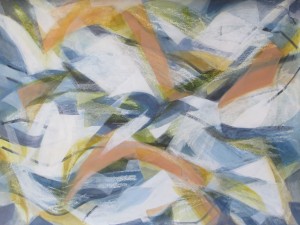 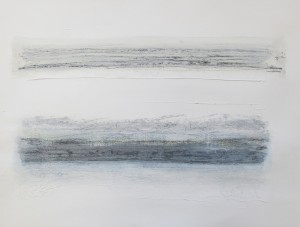 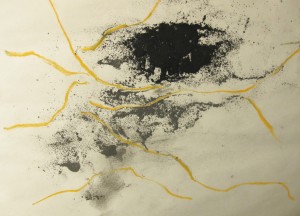 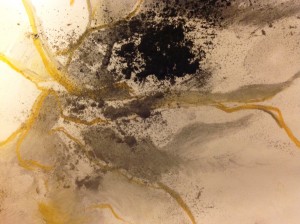 These last two images are photographs of the original non-permanent piece.

I was also able to exhibit in Worthing Art Studios in my work space. Here I showed my new video called ‘Crane Watch’. This video reflects my observations of the two cranes that have hung over my garden as work progressed on The Beach building as building work progressed. I filmed from February to May. 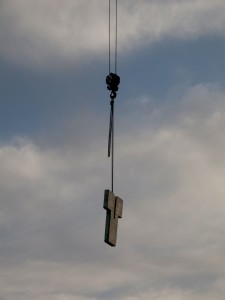